The 1997 Horizons Edition of The Moore County News-Press had an article on "County Sheriffs" that contained small stories about activities in the sheriff departments.​
The earliest article is dated July 29, 1927, and is titled:
​
Sheriff's Force Makes Big Haul
Sheriff R. L. Crump and his force went down in the southeast part of the county last Wednesday and brought back a big still. Among items of the find were six barrels of mash, all working nicely, and several hundred pounds of sugar. The bird had evidently flown for there was no one at home to claim the property described in the find. The property above described is now in store at the courthouse, and the sheriff would like for someone to come and claim the items, in that the apparent owner seems to have departed hence.
One was dated July 26, 1929, and was titled:
​
Sheriff Logue Has an Ailing Horse
Monday night Sheriff Logue made a trip to Belle Plain and brought back about a case and a half of bottled exertion of inertia. The contents of these bottles was a little doubtful, so to be on the safe side Ches thought it would be best to send a sample of it to the state chemist for analysis. As we go to press we are told that the sample was just returned to Ches with the admonition, "Your horse is seriously 'afflected' with 'diabetis'." Jack Glover and a fellow called "Blacky" who accompanied Sheriff Logue back from Belle Plain, paid fines for vagrancy in justice court.
A couple of other stories involved colorful Sheriff Logue. By August of 1930, the sheriff was lodging prisoners in a new jail. The newspaper article on August 8 tells about some of his first occupants.
​
New Courthouse Jail
The new jail built on the second floor of the old courthouse has been doing quite a rushing of business of late. From last Saturday night until Tuesday it was the abiding place of three men and we believe that Ches is quite proud of his brain child (the new jail), as of yet the only visible disfigurement is the names of some of its lodgers written upon the bars of the doors. Paul of Memphis and Claude of Estelline were two of the lodgers who were held until they made a $1000 bond each on a charge of possession of intoxicating liquor.

Charlie of Erick, OK, and Otto of Memphis are reported to paid a drunkeness fine and costs, Monday morning.

Homer plead guilty to a charge of theft of less than $50 and paid a fine of $10 and court costs in the county courts Monday.
An October 2, 1930, clipping concerns the number of murders in Moore County.

No Murders Since 1902
Moore County enjoys an unusual distinction among Texas county seats in that there has not been a murder trial in the county since 1902.

Whether or not there was such a case prior to that time we have not learned. In this case, the accused was convicted and sentenced to a prison term.

It naturally follows that no person has ever received the death penalty from Moore County.

According to local court officials, there have been more criminal cases tried in Moore County in the past two years than all the time before since the county was organized.
Later in October of 1930, an article is titled:

Gunman Holds Up Morris Drug Store
A tall, very dark complexioned man, wearing tan trousers, a white shirt, and minus a necktie, waved a gun in the faces of Mr. and Mrs. C. R. Morris at the Morris Drug Store, Spencer Haynie, an employee and L. J. Wilder and Frank Bowman, bystanders, and raked out the contents of the cash drawer. This happened Thursday night at exactly 11 o'clock.

Waving the gun, the robber backed out and escaped in what is thought to have been a Ford coupe with an accomplice. While the exact amount of cash stolen was undetermined it is said to be approximately $30. The rapidity of the escape leads officials to believe that a partner was in the car. Mr. Morris secured a gun and fired 4 shots from a .32 pistol at the fleeing automobile as it went west. 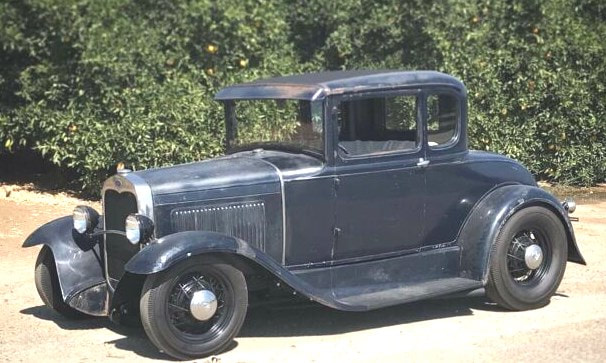 Sheriff is Winner in Auto Race with Bootlegger
As a warning note to aspiring automobile racers, let it be said that Sheriff Chester Logue is no slouch in floor-boarding a Ford coupe.

Last Saturday afternoon a race between the Sheriff's car and another driven by Ed White of New Mexico, ended in favor of the Sheriff.

The race began at the northern edge of the town section and ended about 5 miles south of town when a few random shots from the Sheriff's .45 persuaded the chasee that it was time to call a halt.

When arrested White was in possession of a 5-gallon keg of whiskey and numerous half-gallon jars had been bursted, Logue said.

White was placed in jail at Stinnett under a $2000 bond, fixed by Justice of the Peace M. A. Turner and from last reports this bond had not been met.

Two charges had been placed against the accused, one for transportation and one of possession.
The late 1920's and early 1930's were busy times for sheriffs in the Panhandle!