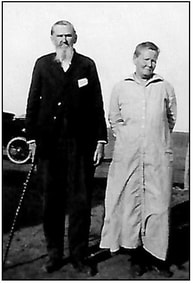 Dr. Samuel Anthony and his wife, Miss Annie
Since the first doctor came in 1895, Moore County has been fortunate to have doctors, hospitals and medical care.

Records show that the first doctor was Dr. William Cushman. He was born in Brockville, Canada on February 8, 1840. He served as a U.S. Army surgeon during the Civil War, part of the time at the Federal Prison Camp at Rock Island, IL, where prisoners allegedly ate rats to survive.

After the war, he began a mercantile business and freighted supplies from Shreveport, LA, by oxen team. In 1870, he sold the business and went with his brother on a trail drive from Llano County to Grand Falls, MT.

Later, he and some cowboys went overland on horseback to San Francisco, then by boat to South America. They returned on horseback through Central America and Mexico. The journey took three years.

When he and his family came to Dumas, they lived in the east part of the county. He practiced in Stratford and Dumas, but moved to Upton County in 1900 when he purchased a ranch. He quit practicing in 1930 to devote his time to extensive ranching interests. He was a leading citizen of Rankin and Upson Counties.

A story about Dr. Cushman concerns his love of smoking a pipe. He was not as careful as he should have been with his pipe -- even caught a hay stack on fire one day. 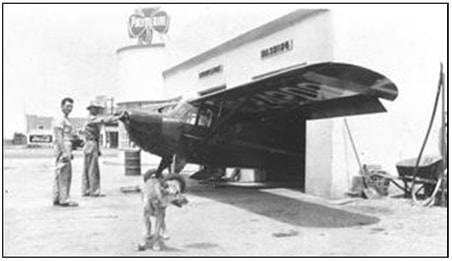 He enlisted in the Confederate Army in May of 1862 and served as a captain and a doctor during the civil war. He was captured shortly after his enlistment and was a prisoner of the Northern Army for several months. In October of 1862, he was part of an exchange for some Northern prisoners. He served with General James Longstreet in the battle of Gettysburg and other engagements.

The doctor's office was located near the southwest corner of First and Dumas Avenue. Dr. Anthony compounded his own medicines and his house served as a sort of hospital for births. His wife, "Miss Annie" as he called her, helped with births and cared for the women who sometimes stayed with the doctor and wife for some weeks waiting for the arrival of their baby. He supplemented his income by stock farming and served as County Treasurer.

The doctor used a walking cane and it was carved with notches on all sides. The cane is on display in the doctor's office in the museum.

Two other doctors came to Moore County briefly, a Dr. Griffin who made his house calls in a Model T Ford and a Dr. Reynolds. 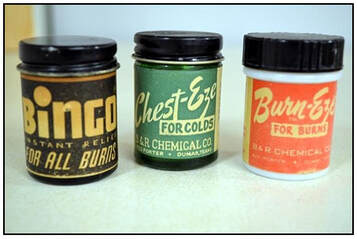 After graduating in the top of his class at the University of Oklahoma, Dr. T. G. Brown came to Dumas and set up a medical practice in 1929.

He was a typical "country doctor," treating patients in his office or making "house calls."  He did not believe in sending patients bills for his service. He thought, when a man could pay, he would.

In 1933, he built a hospital to better care for his patients. The hospital was located in the 400 block of South Dumas Ave. and had three patient rooms, operating room, laboratory, linen closets and living quarters for the doctor.  He continued to serve his patients until 1965.

He was the first citizen in Moore County to own a private airplane. He kept the plane at the airport located where the present football stadium is now, but when it needed service, he would bring it to Triangle Oil Co. on the corner of First and Dumas Ave. to be serviced.

The doctor developed a popular treatment for burns, called Burn-Eze, and mixed and packaged the ointment for sale. When an explosion at the Shamrock Oil and Gas Plant happened in 1956, the Burn-Eze was used on some of the men who were injured. It is said that those had less scarring than some who received other methods of treatments. Another treatment developed by the doctor was called Bingo. Both ointments were packaged by B&R Chemical Co., 422 Porter, Dumas, and had the same active ingredients -- bismuth, oil cade, calamine, Echinacea, resorcin, zinc oxide, and a special base. Bottles of the ointments are on display in the doctor's office at the museum. The "B" was for Doc Brown and the "R" was for Ick Reed, who lived at the Porter address. The ointments were mixed in a customized washing machine tub and packaged using ordinary household utensils.

The "customized mixer" and bottles of the Burn-Eze and Bingo are on display at Window on the Plains Museum.​
More Bits of History