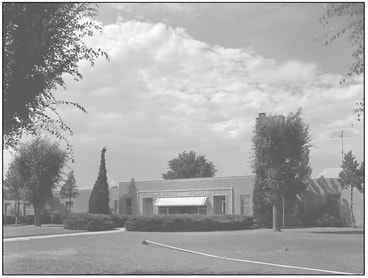 Original Memorial Hospital
The need for hospital care was realized early in Moore County, but the first hospital was not built until 1933 and then by a doctor.

Dr. T. G. Brown, or Doc Brown as he was called, came to Moore County in 1929 after graduating in the top of his class at the University of Oklahoma. He built a small hospital to care for patients. The hospital was located in the 400 block of South Dumas Ave. and had three patient rooms, operating room, laboratory, linen closets and living quarters for the doctor. He practiced medicine in Moore County until 1965.

Shortly after World War II was over, county residents wanted a county-owned hospital and the effort to build one began. Moore County Commissioners appoint W. J. Morton to look into the feasibility of the project.

A committee headed by Morton organized petitions for the county to construct a hospital in 1945. Enough signatures were gathered and the county scheduled the bond election for construction of the $225,000 hospital. The election was held and passed "247 to 12, but had to be voided when a legal error was detected in the order calling for the election," according to a report in the Moore County News on December 6, 1945. The results of the second bond election were 228 for and 4 against. 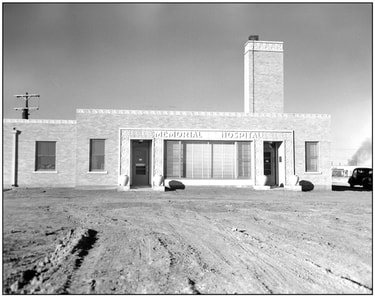 Hospital Construction, 1947
The building was to be 245' 6" by 48' 4". It was to be a reinforced concrete building with brick walls, tile partitions, terrazzo floors and a flat composition roof. It was designed as a single-story building with a basement for steam heating equipment.

Construction went slowly. The required materials, especially steel, were hard to find because of the war, but it was completed and opened in September of 1948. 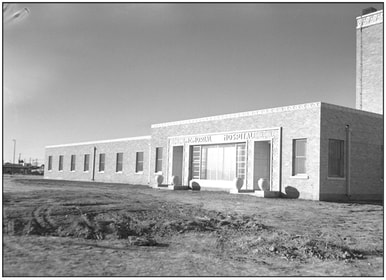 The original hospital was dedicated on September 6, 1948. The first baby was born on that same day at 7:58 pm. She was Martha Ann Pendleton, daughter of Mr. and Mrs. William R. Pendleton. Eighteen days later, on September 24, the first set of twins were born. They were born to Mr. and Mrs. Lee Colvard. The couple had been in Dumas only about three weeks where he was employed on the construction of the new Dumas high school building. Mrs. Colvard was admitted to the hospital less than an hour before the arrival of twin boys were named J. B. and J. C.

According to stories in the Moore County News Press, the obstetrics wing was added in 1949, air conditioning in 1953 and the west wing in 1957. In 1971, $1 million was spent to remodel the entrances and lobby, add new intensive care and coronary care units, add an operating area with two surgical suites and expand from 60 to 80 beds. Memorial Nursing and Rehabilitation Center was added to the complex in 1988.
More Bits of History