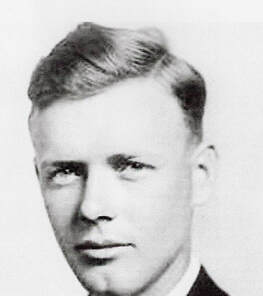 Charles Lindbergh
One Sunday night in June of 1933, a Panhandle dust storm brought the country's most famous couple -- Charles A. and Anne Moore Lindbergh -- to make an unscheduled landing in Moore County.

The Lindberghs were traveling from Albuquerque to Kansas City in a Lockheed Sirius plane and high winds and dust clouds caused them to be off course. Lindbergh tried working his way down through the swirling dirt and lost track in doing so. He found a flat area about ten miles south of Dumas and landed his aircraft. He turned the plane into the wind, anchored it and began to prepare for the night not aware that he was a couple of miles from the Coon Ranch headquarters. He and his wife broke out their emergency cots, bedding and food and spent the night.

He probably would have taken off early the next morning to continue his flight without anyone knowing they had been here, but two Dumas residents, Ralph Custer of the Texhoma Gas Company and G. O. Dotson, a city mechanic, were making a check of Texhoma wells. They found the couple and their plane. Lindbergh was making some minor repairs to replace a bolt in the aircraft's starter, but the two men visited with Mrs. Lindbergh. One of her questions was, "Does the wind blow like this very often?" The repairs took about 30 minutes, then the couple left, not knowing they were within a few miles of a comfortable place to stay in Dumas. 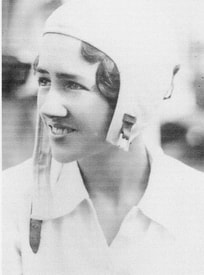 Anne Lindbergh, wife of Charles Lindbergh
While talking to Mrs. Lindbergh, the two men helped them determine they were about 70 miles off course.

The two men told their story in Dumas and met with some skepticism. Meanwhile, when the couple failed to reach Kansas City, some search flights from there and from Albuquerque went up. When wire reports of the Lindberghs disappearance came and, followed with reports that they were safe, the doubts were cleared up.

Several of the news service reports carried exaggerated statements of the Lindberghs being lost "miles from civilization".

The flight from Albuquerque to Kansas City was one leg of a flight that would end in Washington D. C. where the Lindberghs were to testify in the trial of two men, Caston Means and Norman Whitaker, on charges related to the kidnapping of their young son, Charles A. Lindbergh Jr., who was abducted and killed in 1932.

Lindbergh was born in February 4, 1902 in Detroit and grew up on a farm in Minnesota. He was the son of lawyer, who also served as a U. S. Congressman from 1907 to 1917.  Young Lindbergh showed exceptional mechanical ability and at the age of 18, he entered the University of Wisconsin to study engineering. He left college after two years to become a barnstormer who performed daredevil stunts at fairs.

He enlisted in the army in 1924 so he could be trained as an Army Air Service Reserve pilot. He graduated in 1925 from schools near San Antonio. He was the best pilot in his class. He began his career as a pilot to carry mail between St. Louis and Chicago. 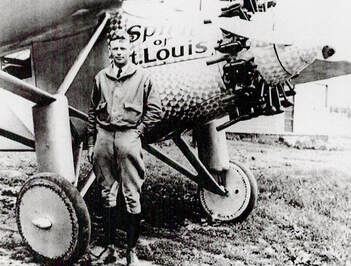 "Spirit of St. Louis"
In 1919, a New York City hotel owner named Raymond Orteig offered $25,000 prize to the first aviator to fly nonstop from New York to Paris. Several pilots were killed or injured while competing for the prize. In 1927, the prize still had not been awarded and Lindbergh thought he could win it. He persuaded nine St. Louis businessmen to help him finance the cost of a plane which he named "Spirit of St. Louis".

Later that year, at the request of the U.S. Government, he flew to various Latin American countries as a symbol of goodwill. While in Mexico, he met Anne Spencer Morrow, daughter of the U.S. Ambassador to Mexico. The couple was married in 1929.

The couple's first of six children, Charles Augustus Lindbergh Jr., was born June 22, 1930, on the 24th birthday of Anne Lindbergh. On March 1, 1932, the 20-month old boy was kidnapped form his home and ransom notes were received by the family. Although the family paid the ransom, the body of the young boy was found May 12 near the home. An arrest was made in 1934 and a carpenter, Bruno Richard Hauptmann was convicted of the crime and executed.

The Lindbergh family was pestered constantly by curious onlookers, reporters and photographers and with continuing threats against the younger children, Lindbergh took his family and moved to Europe. They returned to the United States in 1939. He opposed America's entry into World War II and criticized President Franklin D. Roosevelt's foreign policies. After the Japanese attacked Pearl Harbor on December 7, 1941, he tried to reenlist in the Army, but was turned down. He served in the pacific area as an adviser to the U.S. Army and Navy.

After the war, he worked as a consultant to the chief of staff of the U.S. Air Force. Pres. Dwight D. Eisenhower restored Lindbergh's commission and appointed him a brigadier general in the Air Force in 1954.

The Lindberghs retired and made their home in Maui, Hawaii. He died of cancer on August 26, 1974 and is buried on the grounds of Palapaia Ho'omau Church there.