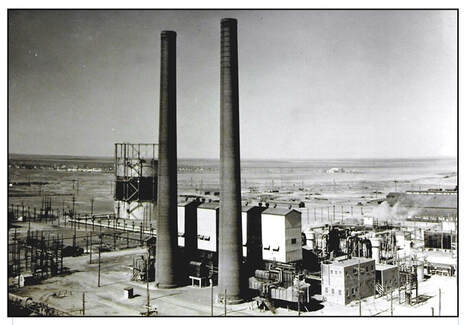 Cactus Ordnance Plant
A clipping from August 20, 1981, Moore County News-Press had a well-written look at Cactus, then called Cactus Village.

"Forty years ago (now eighty years ago) what is now the City of Cactus was a chunk of dryland pasture at the extreme north edge of Moore County with an unbroken skyline all the 14 miles south to Dumas."

"World War II was just months away and the federal government was installing 'defense' plants over the country, readying for a war that proved inevitable."

"Some enterprising Moore residents and Cong. Eugene Worley sold the federal government on the idea of installing a 'defense' plant in the gas-righ county -- and the Cactus Ordnance Works became a paper idea in April of 1941."

"The High Plains area was just emerging from the days of the Depression and the Dust Bowl when jobs were scarce. The newly designated Cactus Ordnance Works offered a shopper's list of jobs and people poured in by the hundreds, many of them from neighboring Oklahoma."

"A couple of large frame barracks were thrown up to house workers who came without their families, or didn't have families, and some temporary tar-paper duplexes were hastily built for families."

"These were small and did not have individual bathrooms. Instead, there were central "community" bathrooms. Some GI trailer homes were also brought in."

"In less than a year, several blocks of 4-unit apartment houses were completed and families got them -- some with three bedrooms and nice facilities for that time." 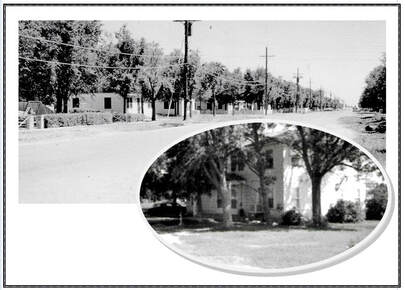 "Cactus as a community quickly took shape. Children of work families rode a bus to Dumas to school for a brief time, a bus contracted by the army."

"But there were frequent economic clouds. The ordnance plant was not yet completed early in 1943 when Washington ordered it shut down and gloom settled over the infant community. Work was resumed and the plant went into production finally."

"The plant faced another shutdown order later, and rumors of a discontinuance rumbled around regularly. It did change operators at least once under a lease arrangement. Spencer Chemical of New York was the operator, on a lease basis, for a time and Shell Oil had a part briefly."

"Shortly after WW II, Phillips Petroleum acquired the facility and went into production of ammonium nitrate, a product with high demand as farm fertilizer that the United States was exporting to countries seeking to feed their hungry."

"Phillips ultimately was to have 600 or so workers at its Cactus Chemical plant, the county's largest work force in the 1950s and 1960s."

"A school was established at Cactus Village in 1943, in a large barnlike recreation hall that had large blackboards to separate classes. The first Cactus school was to be completed later."

"In the 1960s, Phillips began to cut back its workforce at Cactus and in the mid-1960s quit operation of the company houses and the utilities that served them."

"The federal government which still owned the housing area and houses, sold them off by bid in about 1967 to private owners. Gradually, the Phillips families moved away, most of them into Dumas, some of them transferred to other company locations."

The city was incorporated in 1969 and a federal Economic Development Administration system for Moore County was established in 1976. From that, funds were obtained to underwrite American Beef Packers of Omaha, Nebraska, to build a large beef packing plant. Today that plant is operated by JBS and is the largest employer in Moore County.

That raw land that was ripped up eighty years ago to build an industry and housing areas has become home to hundreds of families in an area that is now a major influence on the Panhandle industry.